It is with great sadness and heavy hearts that we report the passing of Sergeant Dominic Vaca, from the Morongo Basin Station.

The San Bernardino County Sheriff’s Department confirmed late Monday night that 43-year-old Sgt. Dominic Vaca passed away from his injuries following a motorcycle chase in Yucca Valley. The suspect was also killed. He was a 17-year veteran of the department.

His body was brought to the coroner’s office in San Bernardino early Tuesday morning in a procession.

“The gunshot wound he sustained earlier today was too severe for him to overcome. Our prayers are with him and his family as we all mourn this difficult time.”

The procession for Sgt. Vaca is available now on Facebook.

A procession for a true hero—

We appreciate the outpouring of support and prayers for Sergeant Vaca, his family, and our department. pic.twitter.com/3IDDbam2Dp

Authorities said the chase started when a motorcyclist refused to yield for deputies at about 12:30 PM Monday, May 31, 2021— near Paxton Road and Imperial Drive.

The suspect then jumped off of the motorcycle at Dumosa and Sunnyslope and ran into the desert and began shooting at deputies. Vaca was struck by the gunfire and was airlifted to a nearby hospital.

Other deputies returned fire, killing the suspect. Authorities said a handgun was recovered at the scene. The man was not immediately identified.

The investigation was said to be ongoing. It’s unclear exactly why deputies were attempting to pull over the suspect initially. 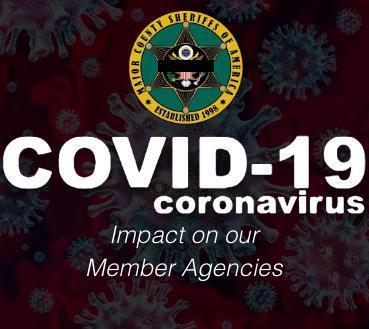