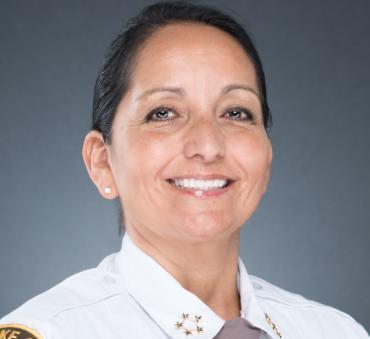 Sheriff Lucas chose a career in law enforcement at an early age after an encounter with a police officer, which showed him the awesome authority that officers hold. He was appointed a police aide with the Milwaukee Police Department in October 1976. In a career spanning over 25 years, he served as the department’s public information officer and as a district commander. He retired at the rank of captain. Sheriff Lucas still bears the scars of sustaining a shotgun blast to the right side of his face as a young officer.

Sheriff Lucas was appointed Major League Baseball’s Supervisor of Security for Commissioner Allan H. “Bud” Selig in 2002. Quickly climbing the ranks, he became Major League Baseball’s head of security in 2007. He later served as Chief Liaison of Security and Investigations for the National Association of Professional Baseball Leagues. His 17-year career took him to all parts of the world overseeing security operations, conducting sensitive investigations and safeguarding the integrity of the game of baseball at the Major and Minor League levels.

Sheriff Lucas is a graduate of the National Sheriff’s Institute, the Police Executive Research Forum Senior Management Institute for Police, the Federal Bureau of Investigation National Academy and the Northwestern University Center for Public Safety School of Police Staff and Command, where he was awarded the prestigious Franklin M. Kreml Leadership Award.

Sheriff Lucas and his wife reside in Milwaukee and attend St. Matthew C.M.E. Church, where he has been an active member for over 50 years.